The True Meaning of Memorial Day

Memorial Day is celebrated every year on the last Monday of May. Some consider it the first day of the summer season, while others think of it as a day off work to spend relaxing or hosting a barbecue. Many also spend time on Memorial Day to reflect on the sacrifices that fallen soldiers have made to protect our country. If you want to know the true meaning of Memorial Day, the unexpected origins of the holiday, and why the red poppy is a symbol of Memorial Day, just keep reading. 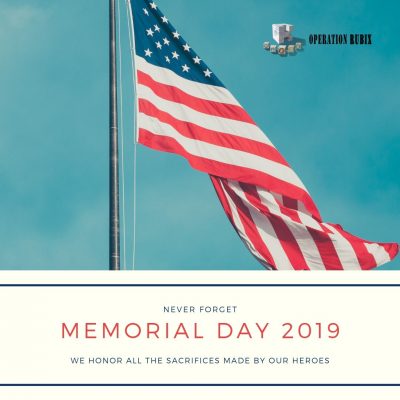 This year, Memorial Day takes place on Monday, May 27. Many people confuse Memorial Day with Veterans Day. While Veteran’s Day is a day to think of all who have served our country, Memorial Day is dedicated specifically to military personnel who have died in service. Memorial Day originated as a day to clean cemeteries and decorate graves, specifically the graves of fallen soldiers. In early rural America, this job was performed during the late summer and was used as a reason for families to reunite and have picnics. After the American Civil War, a day to secularly honor soldiers was needed. Additionally, after the first World War, Memorial Day became a time to honor all American soldiers who have died while serving in various battles from different wars.

On Memorial Day, you may notice a plethora of red poppies symbolizing the day. The red poppy is the symbol of Memorial Day because, after the war-torn battlefields of Europe began to recover after World War I, red poppies were the first flowers to grow. When Canadian soldier and physician John McCrae observed this, he wrote the famous poem “In Flanders Fields” in 1915, which talks about growing poppies as a metaphor for recovering from the war.

At Operation Rubix in Sarasota, we celebrate Memorial Day as a way to honor our fallen heroes. If you are interested in the mental health services we connect veterans to, feel free to reach out to us at 941-330-4240.