Post-traumatic stress disorder (PTSD) is a common problem that occurs in many individuals who have participated in the military. Those who have witnessed combat can experience symptoms of this disorder. In fact, is it estimated that 20 percent of veterans who served in Iraq and Afghanistan are now dealing with PTSD. 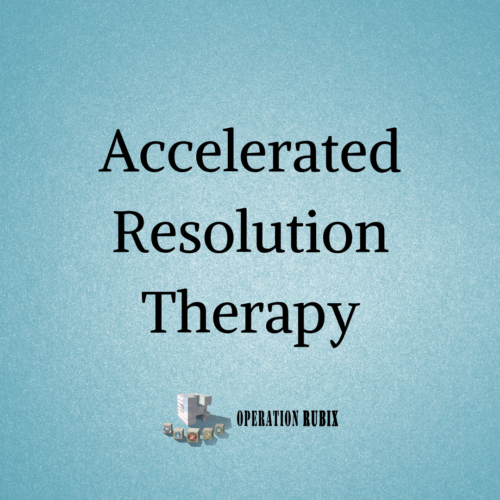 Symptoms of PTSD range from person to person, but the most common symptoms are suicidal thoughts, panic attacks, anxiety attacks, feeling on edge, difficulty sleeping, emotional numbness, nightmares, and intrusive flashbacks. If these symptoms continue for several weeks, an individual should seek medical attention to receive an official diagnosis and appropriate treatment.

Everyone deals with their trauma different, but Accelerated Resolution Therapy (ART) is a strategy that works for some. ART is a fast-acting therapy treatment that takes about four to five sessions. During these sessions, a therapist uses relaxation techniques and memory visualization to solve these traumatic memory problems. ART International, the global organization behind this therapy approach, claims that 70 percent of military members and veterans who’ve used this technique feel that their symptoms were substantially reduced.

“ART is one of those therapies that was absolutely amazing for me and helped me walk this path that I’m on,” said Brian Anderson, a military veteran with PTSD. “My third deployment was to Uruzgan Province Cobra Base (in Afghanistan). Our very first firefight on Cobra Base was eight hours long and we killed 39 Taliban that day. This 12-man team went on to do a lot of fighting in that area and every single time we left the wire, we were in a heavy firefight. I was already angry and bitter with all the fighting and then September 29, 2010, came around, which was day two of Operation Sundown.”

On this day, two of Anderson’s fellow teammates were killed by a high-ranking Taliban commander. After that, the team experienced several more injuries and deaths. When returning home, he started to experience panic attacks and symptoms of PTSD. This led him to leave active duty. During his battle with PTSD, a friend recommended ART.

“What was really interesting is after my session some of the scenery I would see on a regular basis (…) – all that stuff went away after one session,” Anderson said. “I’ve really tried to push other warriors to see what this therapy – a therapy that I can brain fitness on steroids – is really about.”

To learn more about ART and to try this therapy for yourself, reach out to Operation Rubix. We are dedicated to connecting veterans and their families to therapy services. Contact us today by email at info@operationrubix.org, or call us at 941-330-4240.